I am not even sure where to begin the description of this project. There is quite a lot going on here.  Maybe I should simply start at the beginning and explain a little how the whole thing came about. I had met Stuart back in 2009 at the San Diego Custom Bicycle Show. He was the lead fabricator for Sendero Bicycles, a short lived custom frame company started by Mountain Bike Hall of Famer Joe Murray. I would occasionally run into Stuart at various bike shows in the following years and even crashed at his house in Flagstaff during my cross country road trip to the 2012 NAHBS held in Sacramento.

Though a talented fabricator in his own right, Stuart enjoyed the bikes I was building and commissioned me to make him a bike that would be ideal for the terrain around Flagstaff. He wanted something that would be fun to nip around town on, hop on the trails, and even do a little touring. Aesthetically, the was to pay homage to the old klunker style mountain bikes, but carry its own individual flair and a bit of “funk” as Stuart had put it.

The construction of the bike was in many ways a departure from what I typically do. For one, I mainly build road bikes, and have only made one other mountain bike (also a retro throw back rigid frame). The frame features lugs made completely from scratch(more pics of the construction here). Since this is a mountain bike, I had to put aside my classic, Eurocentric, road bike aesthetical leanings, and come up with a lug design that was more in tune with the style of bike, the landscape that it would in habit, along with Stuart’s personal style. The bike also has a bent top tube and smaller diameter second top tube. It turns out tube bending is an art form in itself and a bit harder than it appears. Luckily I had help from Sean from Oddity Cycles in Fort Collins. Sean is kinda the master at tube bending and all of the Oddity bikes feature an array of swooping and swirling tubes adding a very sculptural appearance to the otherwise rigid steel tubes.

A Klunker style bike would not be complete without a fork truss. Since the design was very much a collaborative effort, and Stuart quite capable of making a few things for the bike, he made the fork truss. After completion it was nickel plated. He also made some extra wide handlebars along with a hammered brass head badge, both really well made and fitting for the bike. Everything was topped off with a superb paint job by Black Magic Paint out of Portland, OR.

As far as components go, the bike is based around 650b wheels with 2.8″ tires, or I suppose 27.5 PLUS as the call it in the MTB world.  We used WTB Scraper rims and Trail Blazer tires laced to DT Swiss 350 hubs. There will also be an alternative 700c/29er wheel set that Stuart will run Scwhalbe Big Apple tires. Shimano XT completes the drive train and braking system, and the head set is a Cane Creek 110. All said and done, this is one very unique and fun bike. 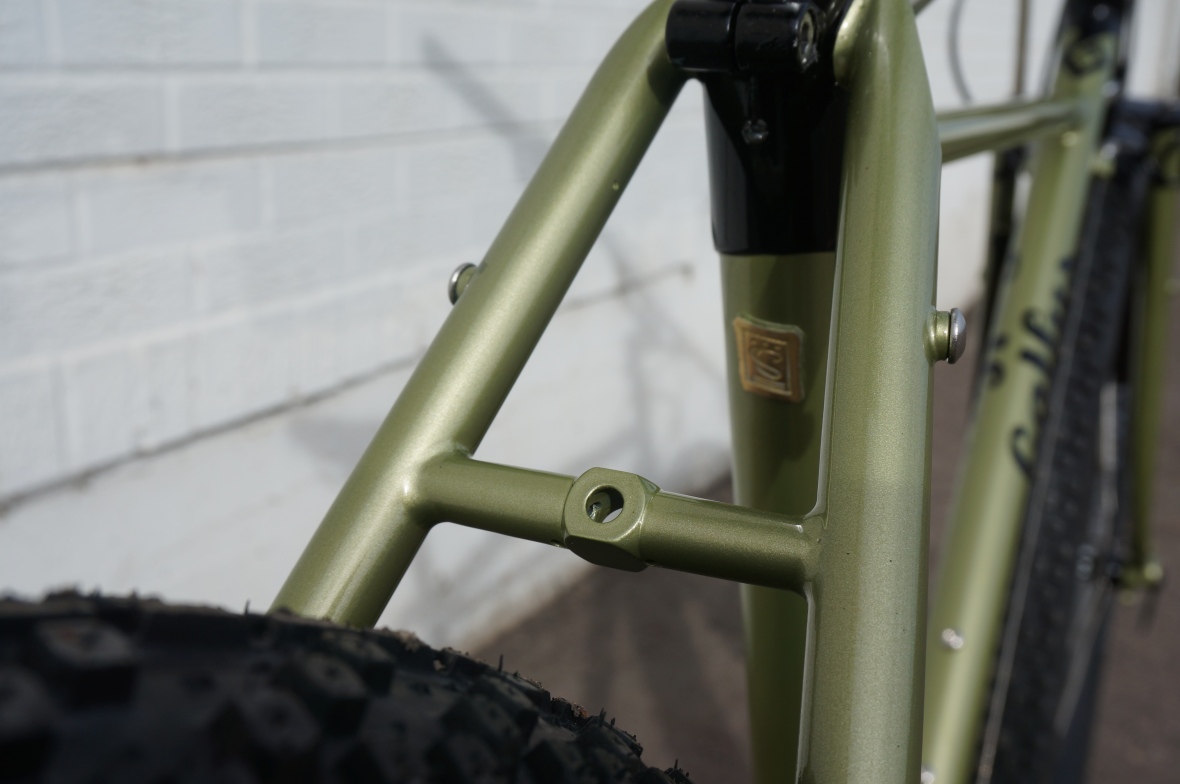 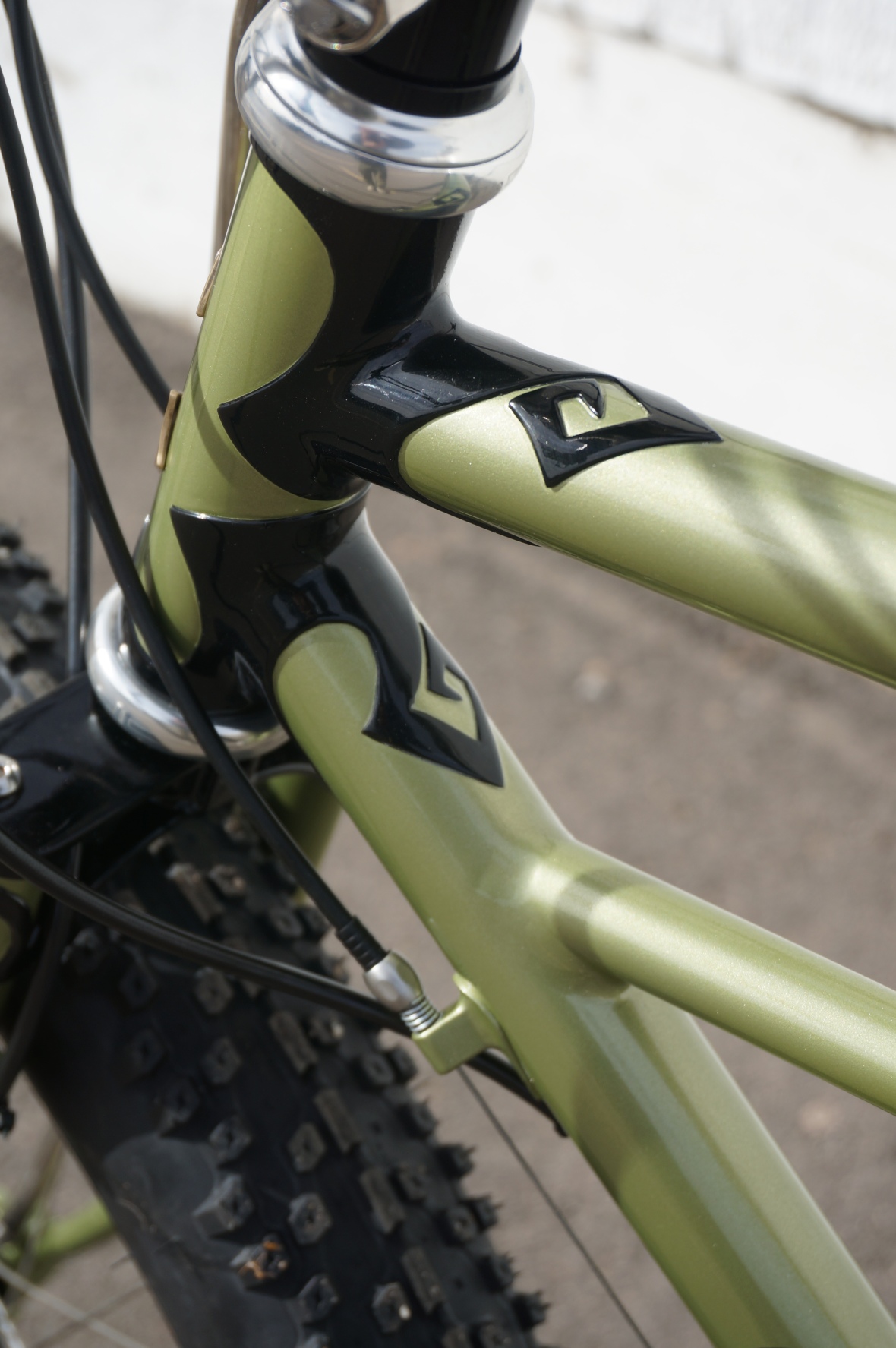 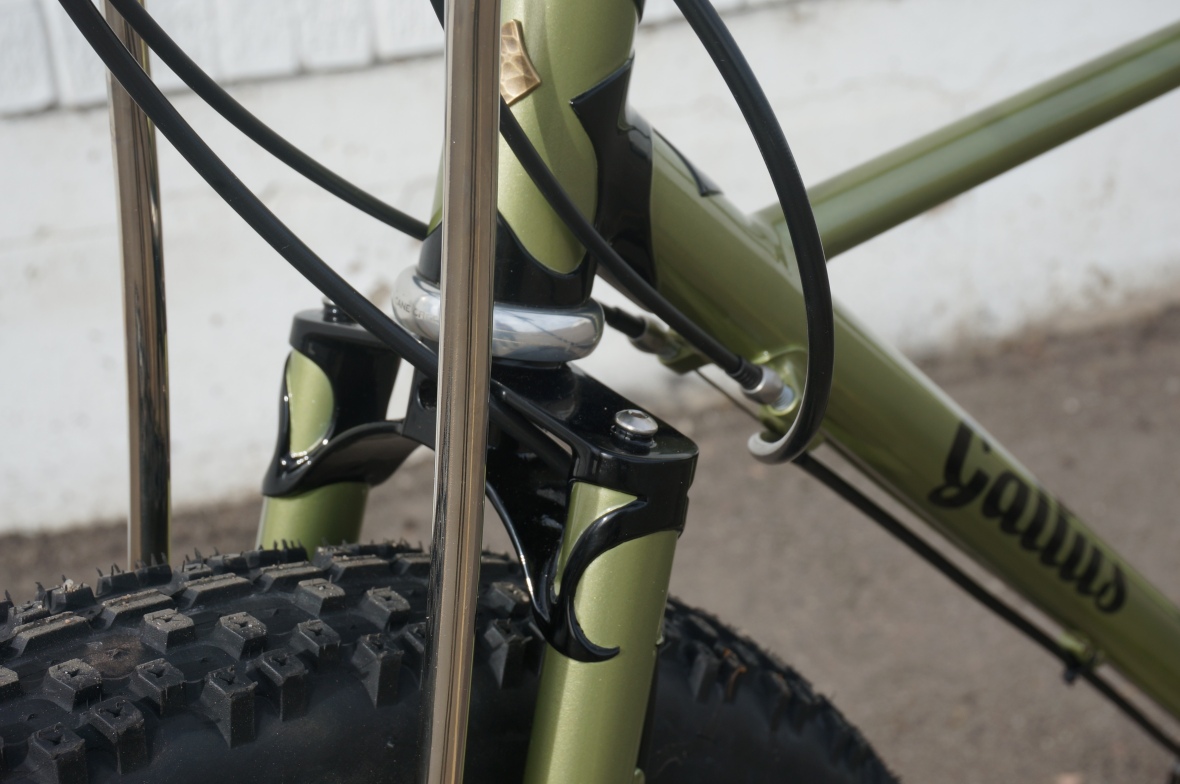 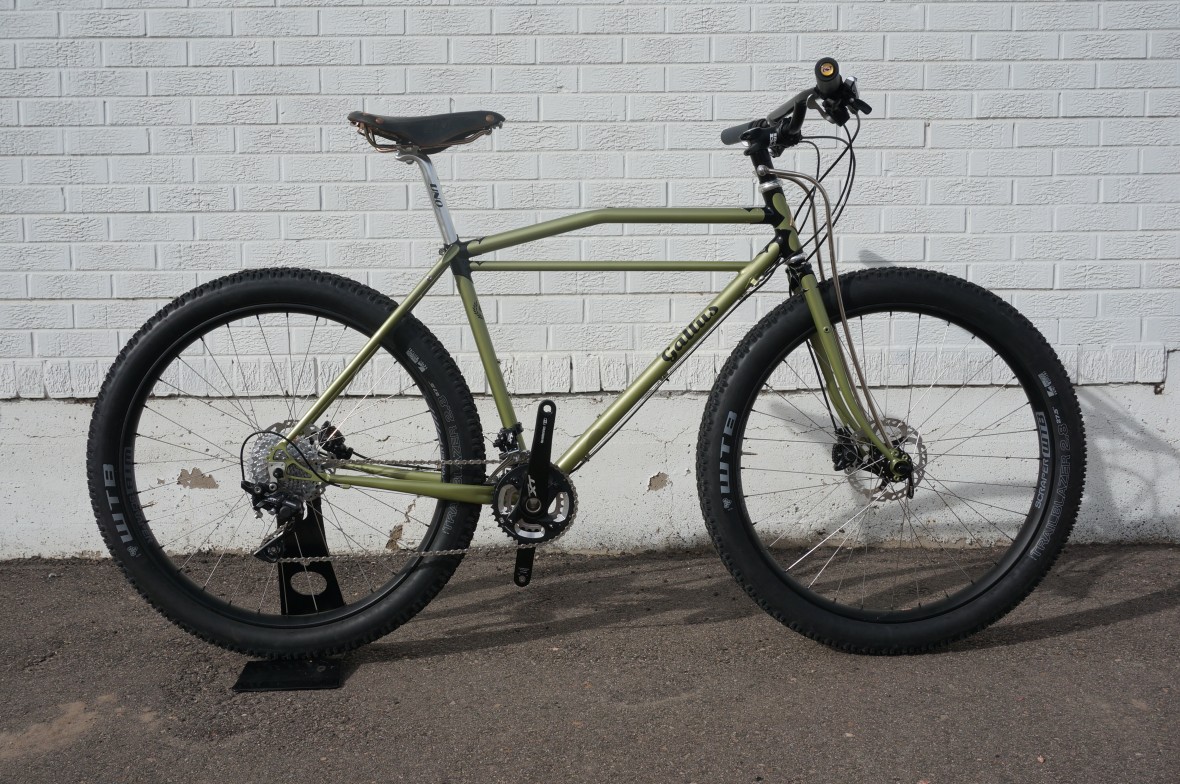