Nate’s randonneur bike was completed a little over a year ago and since then they have put a ton of miles on it, including Paris-Brest this past August. Nate is local to Denver and we first became acquainted with each other a few years back riding brevets with the Rocky Mountain Cycle Club . We both had an affinity for steel randonneur bikes, and were usually the only people that would ride to the start location as we didn’t have cars (though I have recently got my own box on wheels) so a friendship quickly formed. That said, Nate is an absolute crusher on a bike, so I would usually only see them when we rolled out and then they would be long gone hanging with fast group in the front.

The project came about because Nate had gotten in an accident when a giant dog had jumped out on them during a ride. Luckily they walked away from the accident unscathed but their recently finished Raleigh 650b rando-conversion was totaled. The silver lining was that it was a great opportunity of having a full custom bike built. Being a highly skilled bike mechanic and very knowledgeable of vintage bike parts, Nate came to me with a pretty extensive list of the features and functional details that they wanted. This provided me an excellent place to start, but I was also given a lot freedom to try some new things that I had been waiting to do on a frame.

The frameset was built with the Kaisei “Mule” tube set spec’d out and distributed by Rene Herse. This offered options in regards to the butt length, along with being set up with an oversize down tube and standard diameter top tube, all of which allowed me to really dial things in for Nate’s size/build and riding style. The down tube provided the required amount of stiffness needed, while the top tube kept the weight down.  Since the tubing diameters crossed between different standards, it was almost easier for me to carve the lugs out of blanks than buying different lug sets and trying to make them work together.

The design of the lugs were inspired by my two all time favorite builders; Peter Weigle and Mark DiNucci. Their work skips the ornamental and decorative embellishments found on a lot handmade lugged frames. Instead, the simple clean lines and curves they employ give a modern less-is-more aesthetic while still having that timeless quality found in a traditional steel bicycle. In addition to carving the lugs, I also hand cut the bottom bracket shell and modified the fork crown. 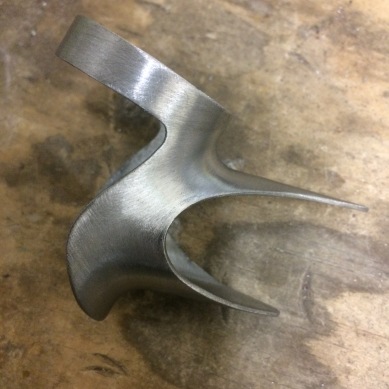 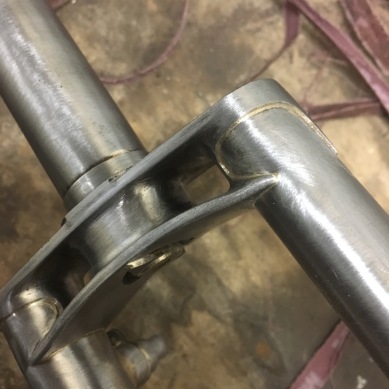 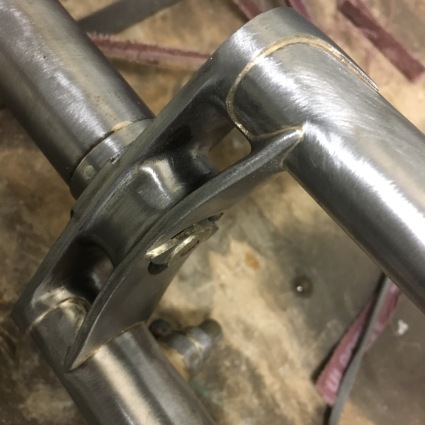 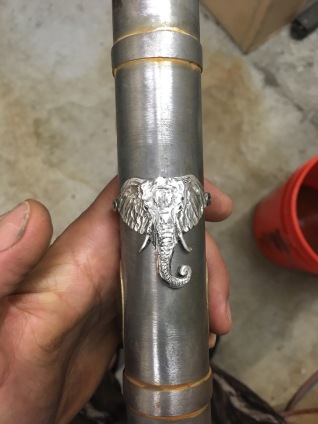 It wouldn’t be a custom randonneur frame without a handmade rack. And if you really want to go the extra mile you gotta have a handmade stem and detachable lowriders(can’t find the photos of the lowriders). Both the rack and stem were designed and fabricated to put the least amount of stress on the handlebar bag as that can cause tearing or disfigurement overtime. The stem also features an integrated cable hanger and mount for a Spur bell, and uses the Nitto decaleur to keep the bag secure. 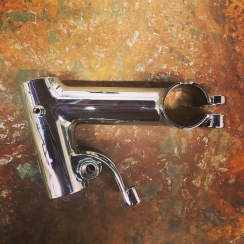 Black Magic laid down the beautiful paint work. The color was based off the iconic shade used on many Fat Chance bikes. It also features traditional box lining and outlined logos. Polished stainless faces on anything that gets parts mounted shine through. And the cherry on top was a custom handmade headbadge by Jen Green.

The parts build is a mix of new stuff predominately from Rene Herse and an array of vintage parts. Things have been swapped around a bit since these photos were taken so Nate can get it totally dialed to their liking. It’s been a real treat being able to see this bike out on the road and nothing makes me happier than seeing how hard Nate rides it. 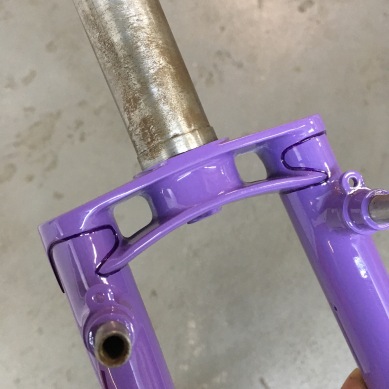 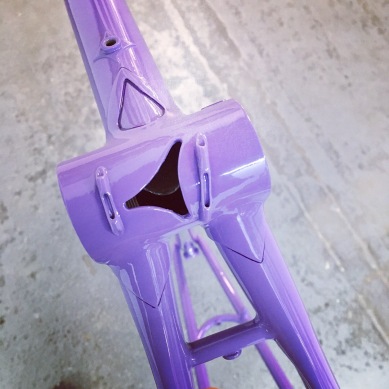 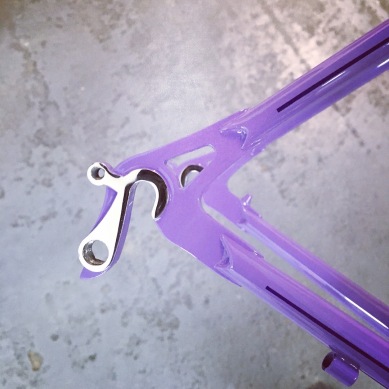 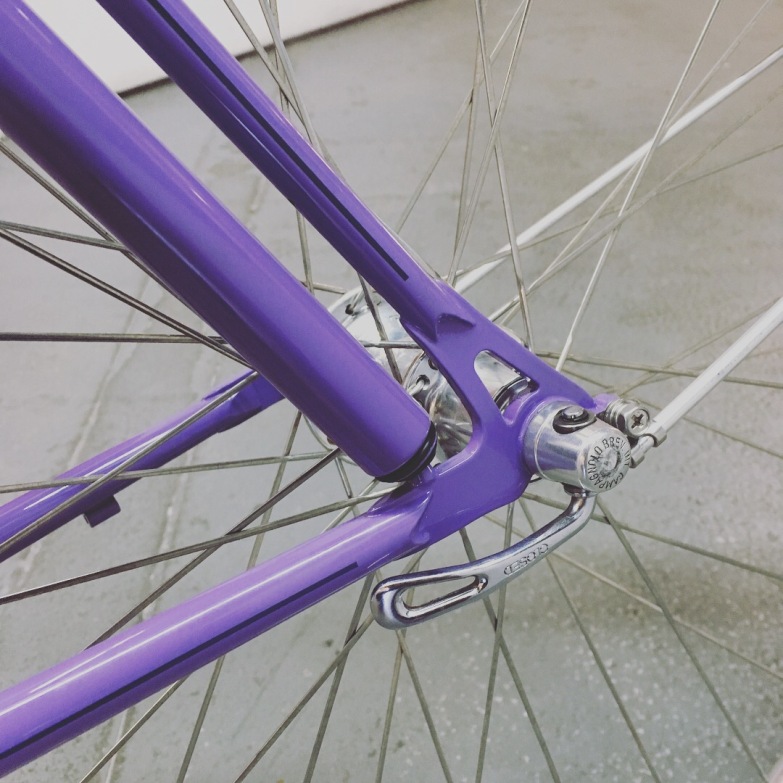 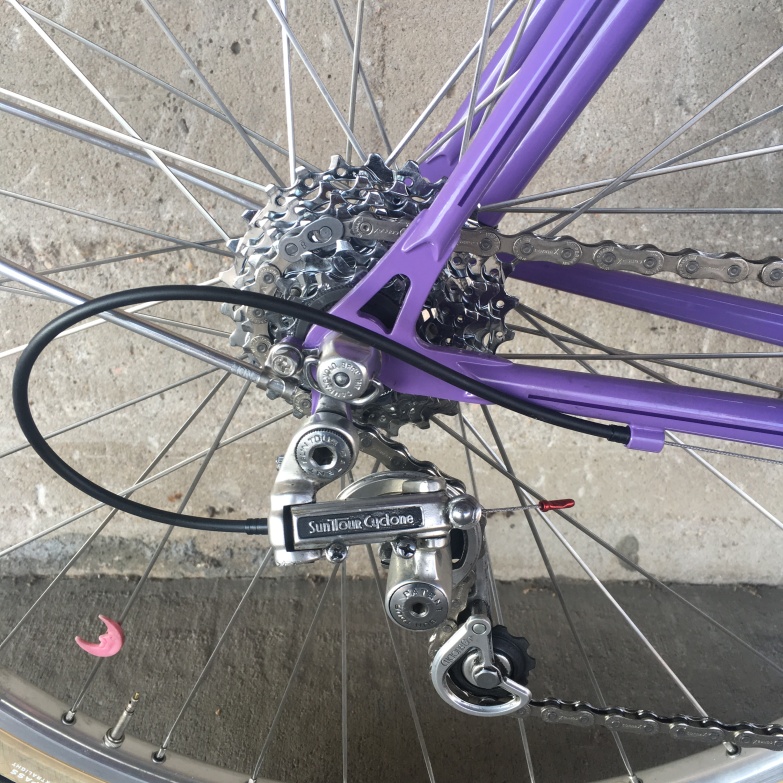 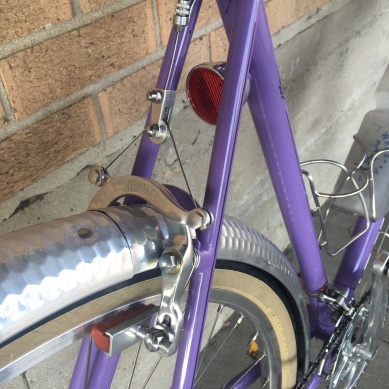 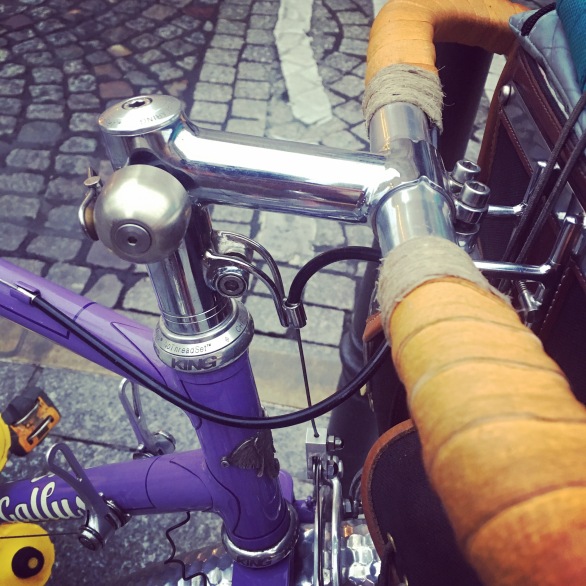 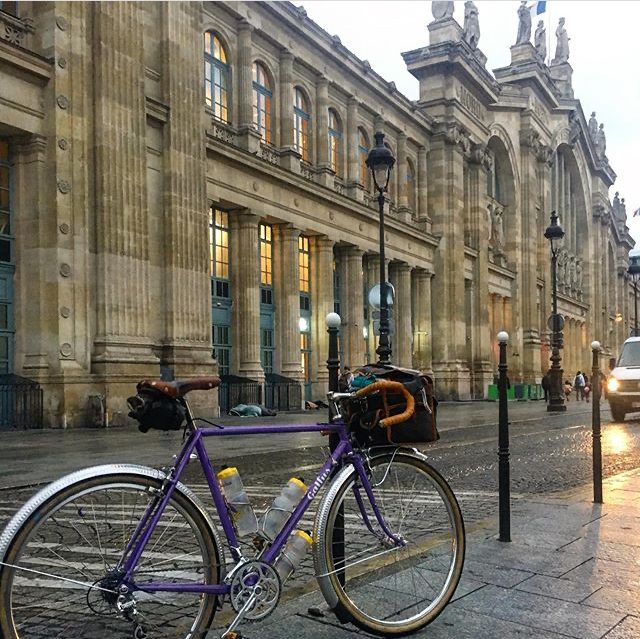