Stephen was put in touch with me through Ryan of Totem Cyclery , Denver’s favorite one man bike shop. Stephen wanted to build what he described as “the bike version of my Toyota Tacoma, good as a daily driver but very capable to handle rough terrain when needed”.  After a string of randonneur bikes it was a nice change for me to build an adventure bike. That said, a lot of the same elements found in randonneur bikes find their way onto the adventure bikes. Both typically feature racks and dynamo lighting, and a lot of the time the adventure bikes are even spec’d out to run fenders. Basically, versatility is the name of the game with this type of bike.

The differences between the randonneur and adventure bikes start to become more apparent when it comes to tire size and the terrain that they are intended for. Stephen’s frame is designed around 27.5 x 2.2″ knobby tires or 650b x 48mm with fenders when in road/commuter mode. The tire size and terrain also start to change the geometry a bit, mainly to provide clearance for the tires, avoid toe overlap and also make it more capable to navigate obstacles. The head tube angle starts to slacken, top tube gets longer while the stem gets a little shorter, and the bottom bracket height goes up. 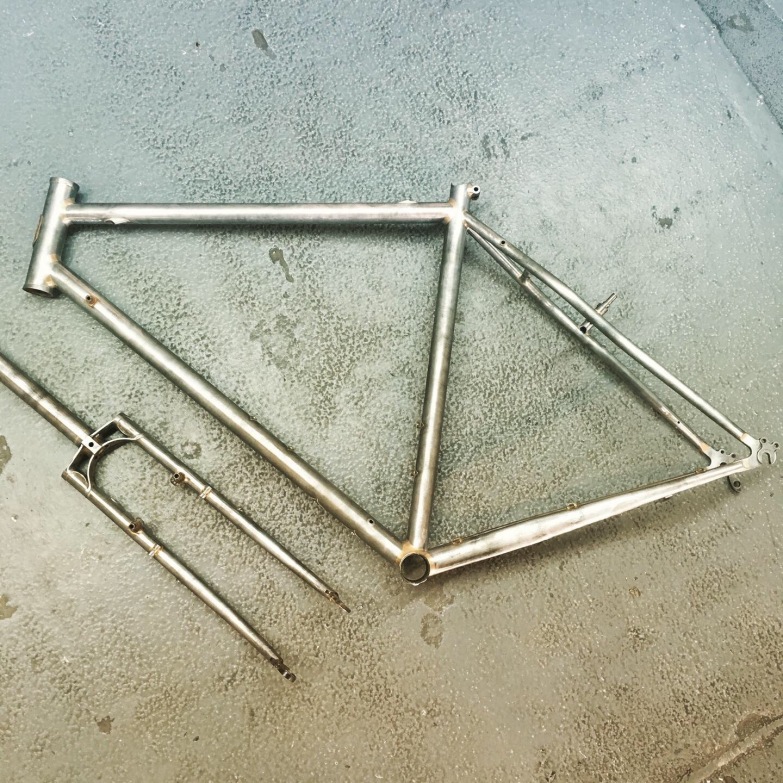 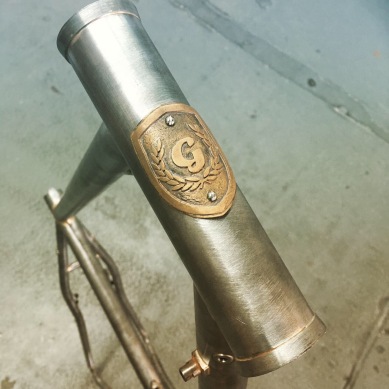 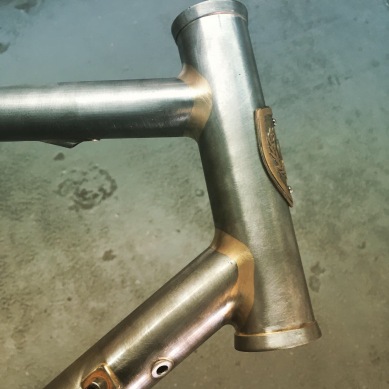 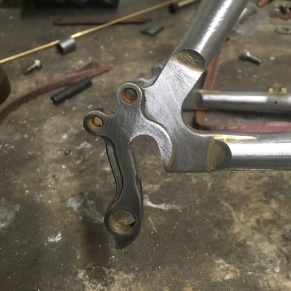 The frame was made from Columbus Zona mountain bike tubing with generous curves in the stays to give adequate clearance for the tires and chainrings. I used the Columbus randonneur fork blades, but cut the excess length from the bottom instead of from the top as I usually do, to maximize the tube at its larger diameters and give a little more stiffness and strength while still offering some flex and compliance. The frame was fillet brazed since that method works best with geometry of this style of frame, while I used to the Pacenti MTB crown for the fork. There was a plethora of braze-ons for the racks, fenders, and dynamo lighting. I even handcrafted mini cable guides that I used to run the rear dynamo taillight wire along the chain stay. 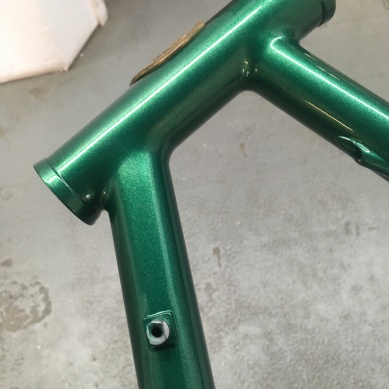 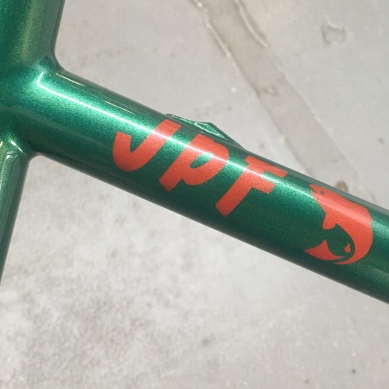 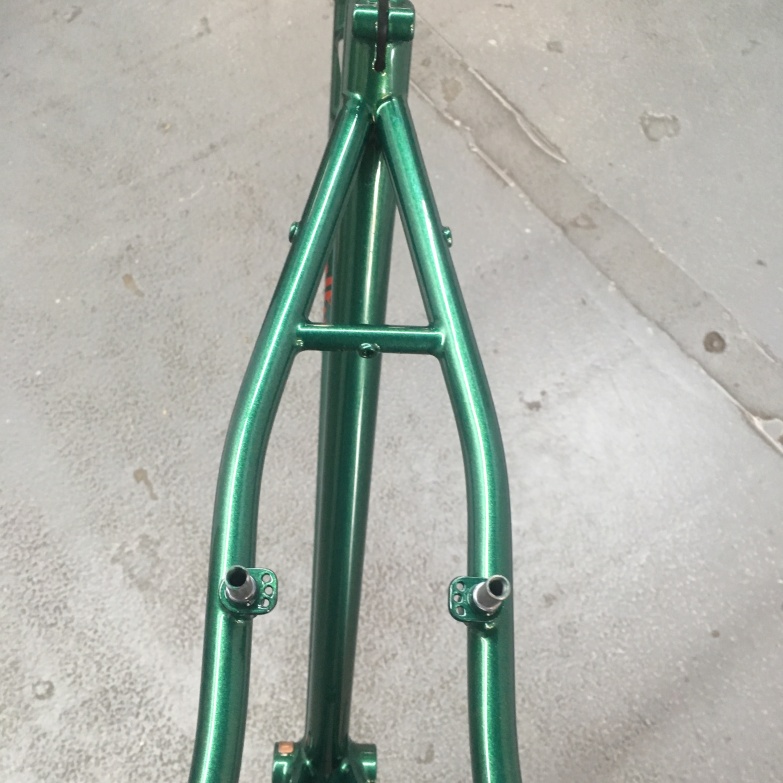 Ryan from Totem headed off the parts build of the project. There was a lot of discussion about the parts during the course of the project and Ryan definitely brought his own experiences and prospective to the table. The goal was to balance performance with durability as Stephen intends to ride in pretty remote areas.

We used the new GRX derailleurs from Shimano but opted for the 10 speed version as the 10 speed chain would offer a little more strength than the 11 speed. White Industries cranks were used in place of the Shimano cranks to utilize the options in chain ring sizes and keep things classy with some MUSA bling. We also skipped the disc brakes and went with Paul Comp canti brakes since Stephen was both a fan of rim brakes and it also allows me to build the fork in a way that offers the right amount of flex instead of having to overbuild in order to compensate for the stress disc brakes add to the fork blades.

The wheelset comprises of HED Belgium rims with a Schmidt Son SL hub in the front and White Industries MI5 rear hub. The bike is currently wearing Sim Works Super Yummy 2.2″ tires. A White Industries headset was used with a Sim Works stem. The handlebars are the Spank Vibrocore dropbars which have a foam core layer inside the bars to help reduce vibrations and hand numbness. Things are topped off with a Paul Comp seat post and Berthoud saddle. Brian from da Vinci Tandems did the paint work, a beautiful mix of emerald green and coral red for the logos.

The rack is a modular set up featuring a medium sized platform for the handlebar bag, detachable lowriders, a set of struts with mounts for Salsa Anything cages (not shown) and the front handlebar bag is kept in place with one of my QR decaleurs. The front and rear light are both Schmidt and I made a custom mount for the rear light.

The hard work on Ryan’s part, along with the enthusiasm and encouragement from Stephen really helped to produce an awesome bike. It was a lot of fun working with both of them. More projects like this please! 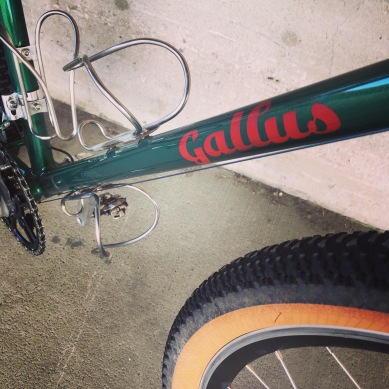 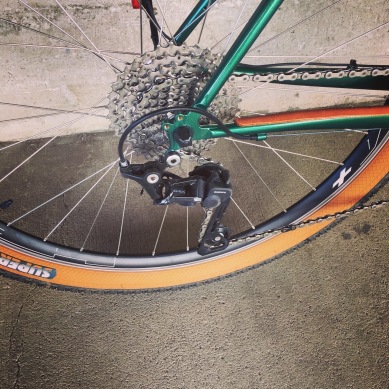 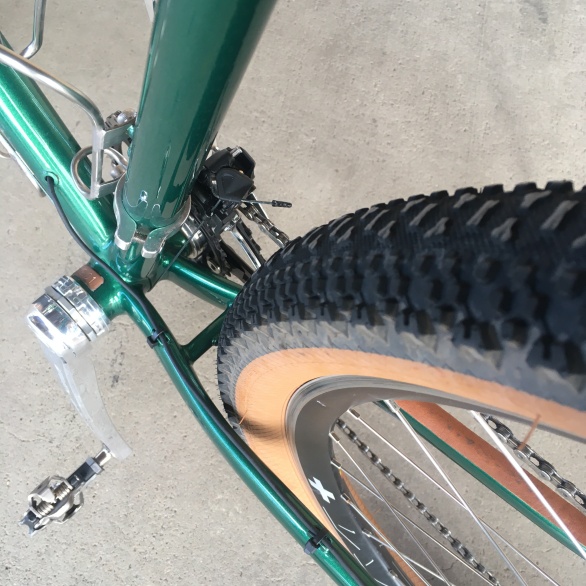