Very pleased to show the first finished work since my move to Colorado. The frame was actually started before the move, but finished up in my new shop,

It is a fixed gear travel bike for Niall, my old house mate when I lived in Glasgow. Niall is a long time cyclist and works as a bicycle tour guide. He wanted a bike that was easy to travel with and capable of some touring, but plans on riding it fixed as he caught the fixed gear bug a long time ago and hasn’t coasted since.

My one long-ish bike tour was with Niall. We met up in Berlin and rode across Germany to Eindhoven, Netherlands for the 2008 European Cycle Messenger Championship. As one would expect when gathering hundreds of bike messengers together in one place, especially in the anarchist Disneyland that is the Netherlands, things got messy. We barely made it out of there in one piece.

The frame is Pego-Richie Columbus tubing with Richard Sachs lugs (thinned and custom seat binder fillet) and crown, Paragon track drop outs with bottle opener.Here are some pics. Came out pretty tidy, if I do say so myself. I’ll put some pics up of the first project I started completely in the Denver shop shortly. 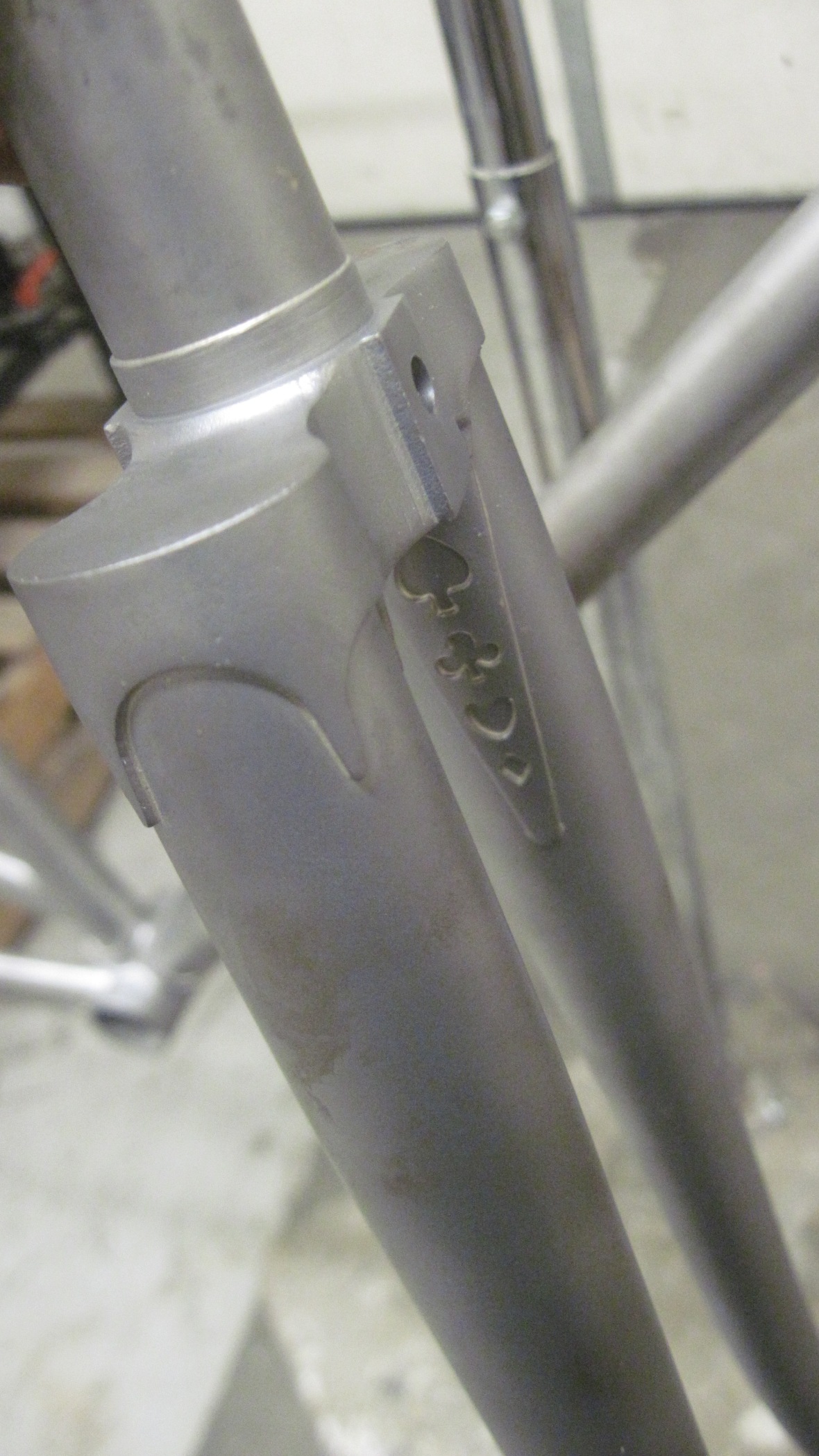