Rob’s frame was made a few months back. Since he is a bike mechanic he handled the parts build and between both of our busy schedules I only got a chance to see the finished result now.

This project was a of departure from the more classic style road or randonneur bikes I have been doing recently and it was fun to do something more modern. In a lot of ways doing a modern road is easier than doing a fully integrated rando or touring bike, but we really took a magnifying glass to the design of a what makes a well performing road bike and every single element, be it a tube, braze-on or bike component, was scrutinized and selected on the basis of performance, durability, and maintenance. Rob is one of the biggest bike nerds I have met so it was fun discussing the different elements, especially the components which he has a much larger knowledge of than I do.

The starting point was a compact frame geometry with a stiff and responsive ride. The frame was built out of a combination of Columbus Life and Zona tubing. It features a massive Zona 42mm downtube that actually had to be offset at the bottom bracket as it had a larger diameter than the bb shell. It joins up to a tapered head tube and Columbus tapered fork.

Rob wanted an oversize seat tube to add further stiffness, but there really isn’t any point running anything other than a 27.2 seatpost  on a steel frame. The solution was to take a standard  diameter seat tube and then sleeve it at the bottom to a larger tube that adds the stiffness. I hopped on a friend’s lathe to bore and taper the wall of the sleeve to essentially make a butted tube which was about the same wall thickness as a bike tube were it was connected to the bb shell, but  a bit thicker to mate up with the seat tube properly. A little drillium was added to the top to give a little flair and sits right about the derailleur band.

A sleeve was added at the top of the seat tube as part of the necessities of fillet brazed construction but aesthetically connects to the look of the lower one. The top tube is still oversized but smaller diameter Life tube has pretty thin walls to lighten things up. The full oval Life chainstays provide a direct power transfer to the rear hub and the pencil seat stays provide some compliance.

Braze-ons were selected based on their functionality. Rob wanted to use classic STI adaptors because if something  broke they could be easily replaced. We did go the extra step and get this first set painted to match. The rear brake braze-ons were placed on top of the top tube to provide the best line for the brake housing. Additionally the frame has a few classic braze-ons you don’t see on modern road bikes like a chain hanger and pump peg.

The bike components definitely played a big roll in the design of the frame. The new Shimano Dura Ace 9100 groupset was the starting point for the parts build. Rob decided to go with the mechanical groupset over the Di2. Beyond their excellence function, the subtle styling fits the overall aesthetic of the bike. The wheels are HED Belgium rims laced to DT Swiss hubs, the frame was designed around 28mm tires but the bike is currently wearing 25mm.

The cockpit is combination of Zipp, Thomson and Fizik Aliante saddle. I finally had a chance to throw some carbon Arundel Mandable cages on a bike, usually their stainless steel cages are more suitable for my builds. Lastly, the bike is topped off with a painted to match Silca pump.

Beyond their performance, Rob wanted the components to have an understated aesthetic to not detract from the frame. They feature either muted logos or were debadged. The paint work was done by Black Magic, and though it is a simple scheme the execution is flawless and the clear is so deep and smooth you can see your reflection in it. The bike weighs in at 19 lbs with the pump, bottle cages, pedals. Leave the pump off and swap out the alloy rims and cockpit for some carbon numbers and this would easily be a sub 17 lb build. 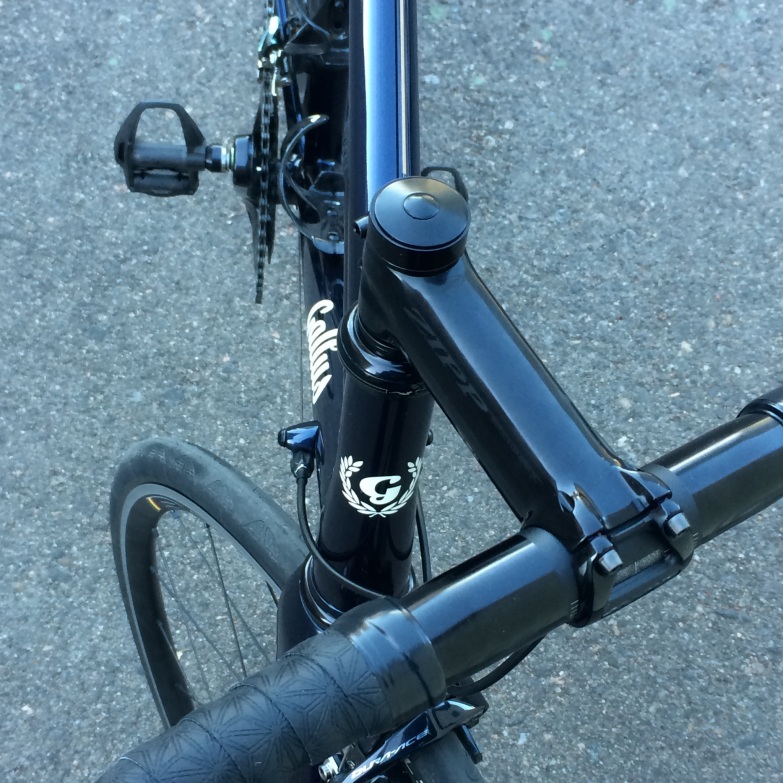 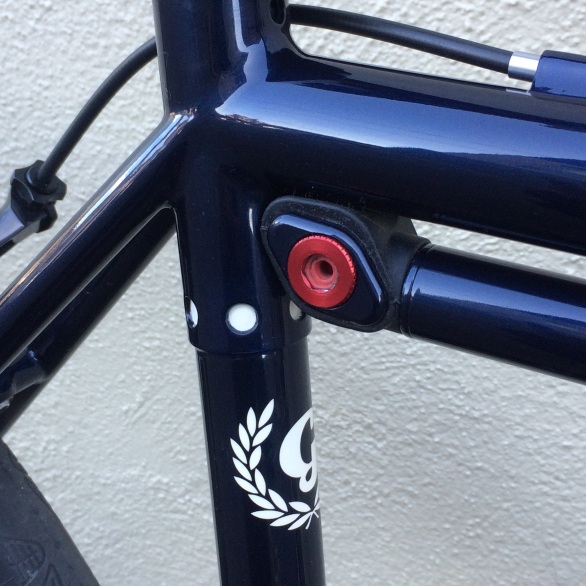