I built this frame for Ely, the maker of Ruthworks SF cycling luggage, last year. Since then he has put in quite a few miles cruising around San Francisco. After switching components around to get it dialed to his liking, Ely has sent a few photos of the bike built up.

Ely already has quite a few nice bikes in his stable so when we started this project the first thing to figure out was what kind of bike did he need and that would still be in regular rotation. Both of us got into bikes from being bike messengers, and though we have an affinity for track bikes, we are now too old to ride a brakeless fixie. I commute on a fixed gear porteur bike but have front and rear brakes. The fixed gear drivetrain is a lot of fun and easy to maintain, but with the brakes I can actually stop the thing without wearing out tires or my knees.

Ely proposed the idea of a fixed gear road bike that he could use around town and up to a 200km brevet. The geometry is a little more relaxed than a track bike with slightly shallower angles for the head tube and seat tube, a little longer chainstays and comfortable clears 700c x 28cm tires. The bottom bracket height is as high as track bike so there isn’t any pedal strike when cornering. The frame was built from Columbus SL tubing, 3Rensho lugs and Paragon dropouts.

The bike is built up with a really nice wheelset made from Pacenti SL23 rims laced to beautiful Curtis Odom hubs. I have been admiring the work of Curtis Odom for a long time, and it is nice to finally have a set of his hubs on one of my bikes. Additionally, there is a handmade stem by Winter Cycles. Jen Green made the headbadge, the design in homage to Bad Brains was used on a Ruthworks t-shirt.

Black Magic in Portland laid down a really nice paint job. With the 3Rensho lugs and standard tubing we were going for a bit of a Japanese keiran aesthetic so the paint does have a nice pearl flake to it, but unfortunately that doesn’t get picked up in the photos too well. Enjoy the photos! 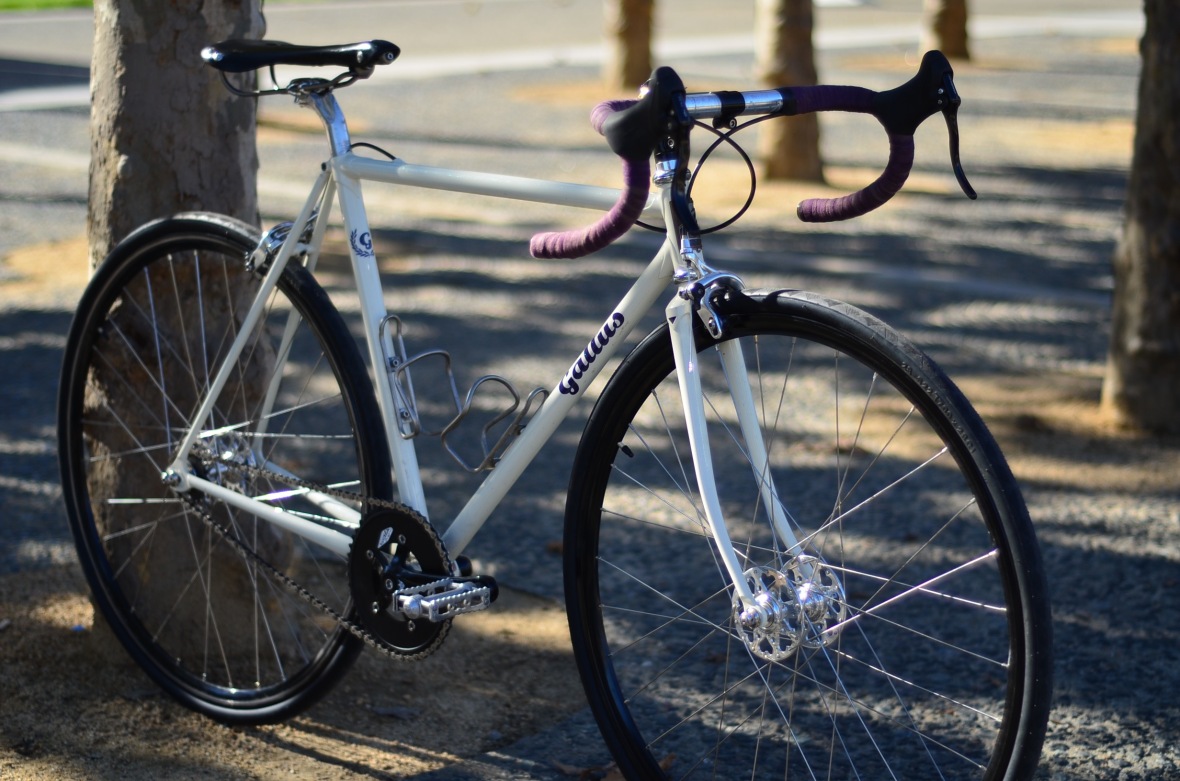 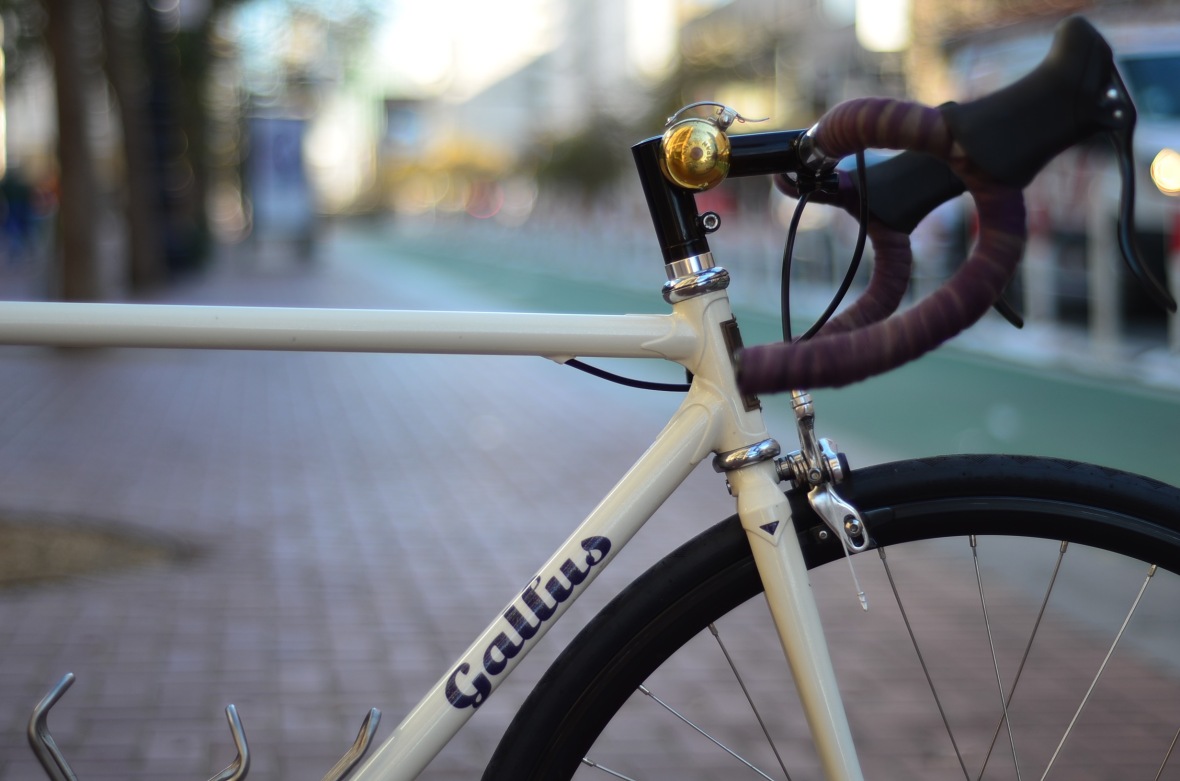