Now that I have  the 100th blog post out of the way I can get back to some regular posting. I’ve got quite a photo sets of projects to put up. It’s interesting seeing them side by side as each project is very different from each other. All road bikes, all steel, but 3 different joining processes, 3 different wheel sizes, not to mention each one will have entirely different components and set ups, but that is custom bike building for you.

First up is Jackie’s bike. Jackie lives out in the country side just west of Fort Worth. She wanted a comfortable road bike that she can enjoy the local country roads on. She is relatively new to cycling, but had issues finding a bike that fit her well as she is only 5’2″ and has a few previous injuries. Before we started the project I sent her to get a fitting with Ron at Benbrook Bicycle. I wanted to make sure we could make her comfortable on the bike before we went through the whole process. Ron did a good job and Jackie was happy with the results, so I got started on the bike. I opted to build the frame around 26″ wheels due to Jackie’s height, and there actually being better availability of tires than both 650c or 650b. Jackie is a fan of lugs, and I did some custom carving to the lug set on her bike. The frame came out well, and is now in paint, I should get it back soon and will have build pics up thereafter. 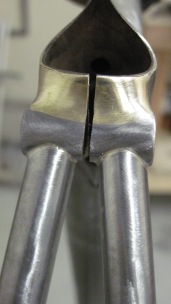 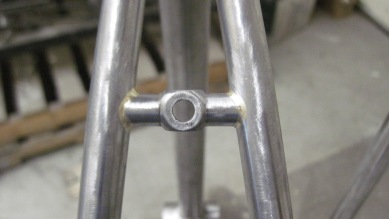 Next up was Jeremy’s bike. Jeremy is my first Denver customer. He was running a neighborhood bike shop named Estelle. I had stopped in there to get some inner tubes and started chatting with Jeremy. I told him I built frames and showed him my bike. He seemed really into it, and a few weeks later called me up and ordered a frame. The frame is a fillet brazed cross-commuter bike. It has CX geometry and clearance, but with braze-ons for racks and fenders. The bike will take disc brakes, which gave me an opportunity to use the road fork disc tab I designed. The bike also has room for some fat tires. This bike is a beast and will survive most any conditions. 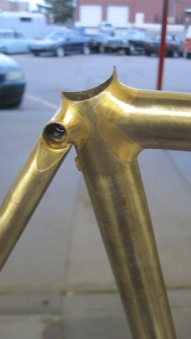 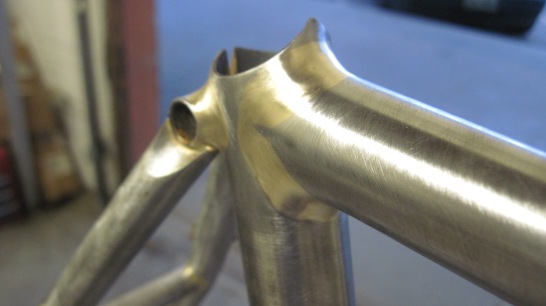 My current project is for Kevin in Oklahoma City. Kevin is a bicycle historian and has written a book called the American Cycling Odyssey, 1887 about  George Nellis, a twenty one year-old newspaper man who road his bike from New York to San Francisco in 1887, setting a record for the transcontinental journey. Kevin already has an impressive bike collection containing an Engin, Bob Jackson, and an Assenmacher. He used to have a pink Mark Nobilette mountain bike and wishes he hadn’t sold it. I am honored to become part of this collection. The bike I am building for him  is a French inspired 650b road bike. It will have hand-cut bi-lam lugs, fitted for fenders, big tires and will take many vintage parts that Kevin has been collected. The frame is almost done and I will have more complete pictures soon, but here are a few of the lugs being cut. 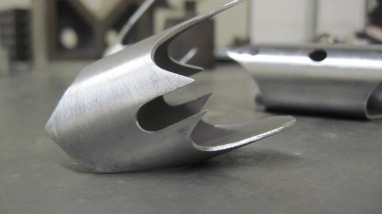 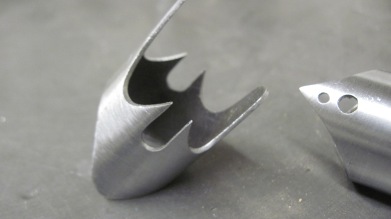