It’s Sunday, and I am exhausted. It has been a busy week. Bruce took delivery of his bike, I got a bike back from paint, and I am also done with another frame. With a break from the bitter cold with relatively warm weather this past week, I was done hibernating and had been feeling more social than usual. When I wasn’t working I did my best to stay out of the house. It was a good time to catch up with friends, and even made some new ones. It recently occurred to me that moving to a new city is kind of like travelling, except you sleep in the same bed every night, or in my case on the same floor every night. Both moving and travelling share that element of the great unknown, things are new and exciting, but you are also having to be out of your “comfort zone” for an extended period of time and that can be pressing. The only way to get past that is to, firstly, make an effort of putting yourself out there and trying new things, stop being shy and start talking to strangers, sometimes taking a gamble, and most importantly just relaxing and enjoy the trip. At least people speak English in Denver.

This project was very much about trying new things. Bruce came to me with a very specific vision and detailed requests of what he wanted in a bike. A specific vision and detailed requests add a new layer to the design and building process, especially when they are proposed by the customer and not necessarily originating from my own thoughts. I strive to deliver what the customer is asking and paying for, but this can also add a little pressure especially when certain elements of the project are complex in nature.

I would like to think that the overall result looks relatively simple and understated, but there is a lot going on with a lot of custom touches.  For a variety of reasons the project took a really long time and I would like to thank Bruce for remaining patient the whole time. And another big thank you to  Aubrey and the rest of the crew at Colonel’s Bikes in Fort Worth, TX for doing the final build, along with my friend Jared Stone for some custom  lettering, Jen Green for the head badge, and Bill Davis for the paint. 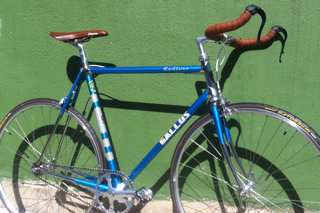 In case you were wondering, it says “Redline” because that’s Bruce’s last name. Custom Graphics designed by Jared to mimic old Raleigh lettering from a bike that served as the inspiration for the bike 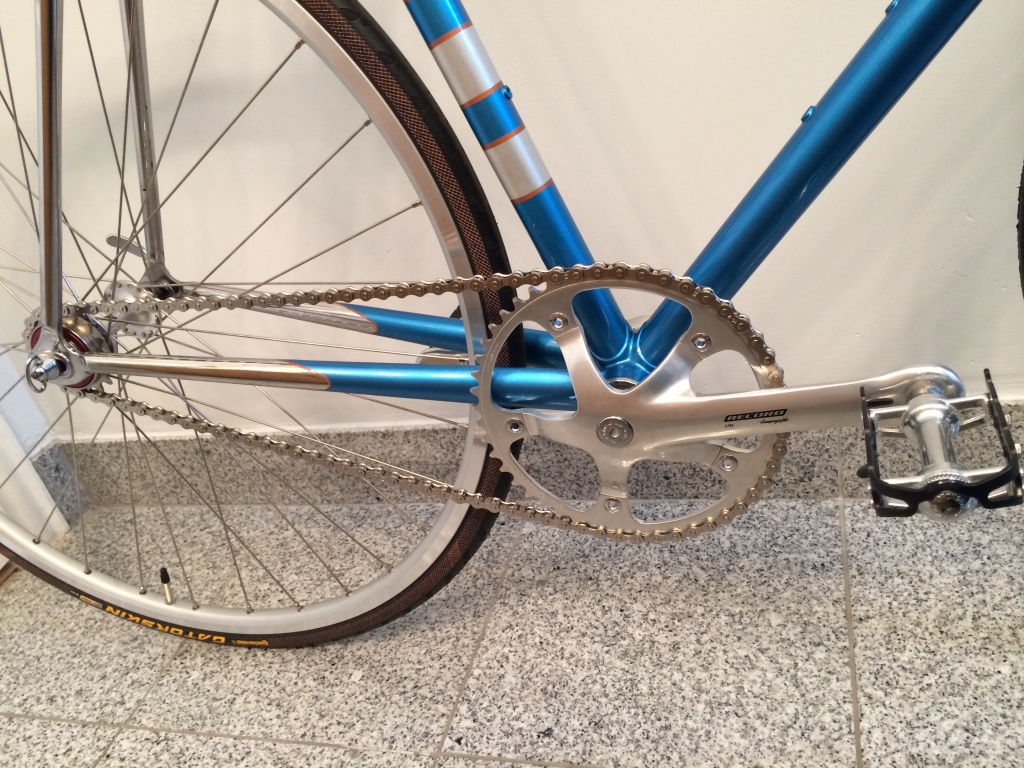 The components are a combination of both modern and vintage parts, mainly from Campagnolo