Just a quick post on what is turning out to be a busy weekend.

First are a couple teaser shots of the nicely shaped and thinned stainless lugs going on the city bike that will be built up with the vintage Campagnolo parts. Except for a few braze-ons, a bit more clean up and the fork, the frame is pretty much done. 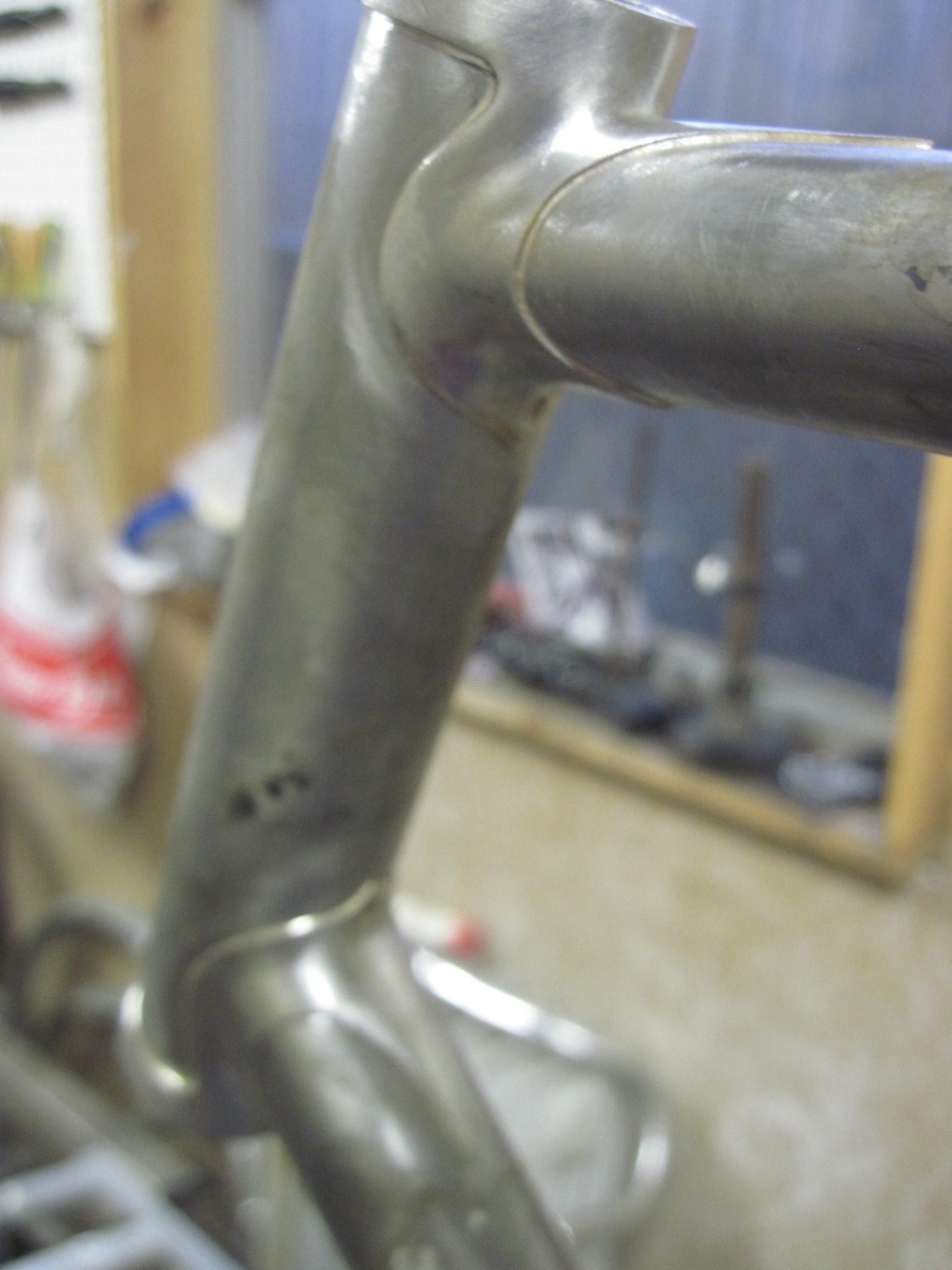 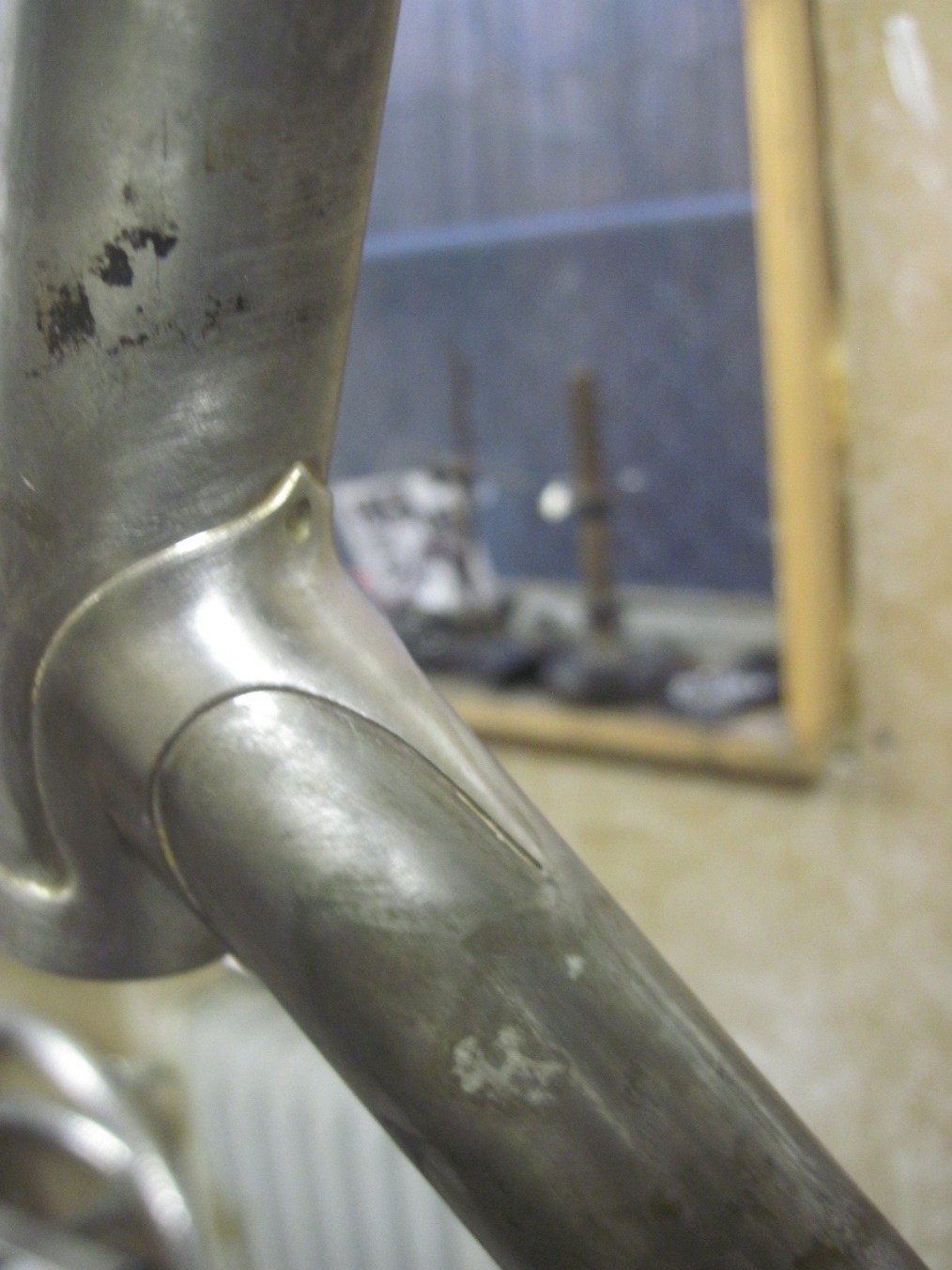 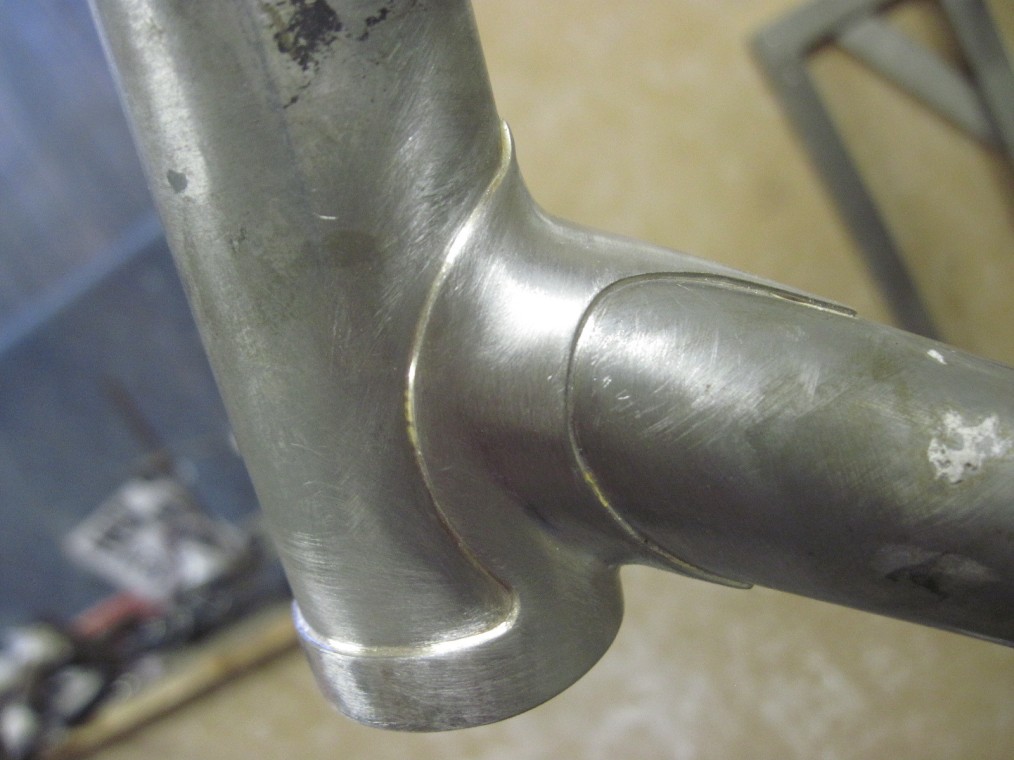 Even though I am totally busy getting things done, I have managed to be a little social these days and have made it out to some cool events recently. Its not that hard when they  all have involved bikes in some way.

A couple weeks ago I went to “Dinner and Bikes” hosted by Avoca Coffee and Fort Worthology. It was a really nice traveling presentation about different aspects of bike culture, most notably the advocacy side put on by the Publishers of Microcosm Publishing in Portland. Microcosm puts out a huge variety of material from d.i.y. guide books to comics. My favorite is Ben Snakepit. In addition to their presentations we were all treated to a 7 course vegan meal. Not bad for $10. If they happen to go through your town, definitely go.

They had a couple tables set up with a collection of their books, and some from other publishers, along with t-shirts and other soft goods. I was trying to be good and not by anything, but ended up buying the most expensive book they had. It is called “Bike Art” and is a rad collection of hundreds of artists work that depict bicycles in some way. If you like collecting bike books, this is a must have.

Last night I rode in Critical Mass for the first time in a long time. Its not that I have anything against CM, but I usually have some prior engagement or my legs are worn out from riding beforehand. That said, it was good fun getting out there and seeing lots of friends and generally having a great time.

Tomorrow is “Open Streets” on Magnolia Ave here in Fort Worth and I will have a booth. Essentially they will be shutting down the street to cars and only allowing bikes, pedestrians, skaters etc to roam the streets for the afternoon. Come say hi and have a look at the bikes.

I recently had an interview with a website called The Bicycle Story about my start as a frame builder. It is part of a new series they are doing on the site. The rest of the site is a collection of bicycle stories either about cyclists or about rides they have been on. If you are like me and enjoy reading bike stories, do have a gander.

Also quite randomly this past week I recieved an email from a cyclist named Bruno that I met during PBP. Bruno lives in France and he was telling me a post he made about meeting me on a French Forum that is dedicated soley to PBP. I think that is amazing that there is a whole forum just for PBP and I am also honored that he wrote about me. The forum and post is in French, so good luck, but I was able to use Google Translator to get an idea of what was written.

Additionally I found that Bruno runs a really neat website about remote mountaineering in Kashmir which I enjoyed looking at. It is called Blank on the Map, which has to do with the fact that the contributors are exploring unmapped mountains.

Well, this was suppose to be a short post, ach well…Have a good weekend.